Facebook and Instagram in 2018 held 27.6% of the UK’s digital advert market and they are set to continue thriving. According to eMarketer market research company, they are set to increase their market share by 9.8% by 2021.

Google has always been an authoritative platform to Facebook, but looking at eMarketer’s forecast, Facebook is set to overtake Google to become the dominant force in the industry. Advertising on Facebook will become even more lucrative. Importance for ad quality,  engaging and original content will be crucial for success.

Today, there are around 1.45 billion daily active users on Facebook. People from all different walks of life. And whilst Facebook is a community-based platform, engaging with them from a marketing standpoint is a growing difficulty. But with well optimised Facebook Ads and the right target audience can help advertisers see a positive return on Ad spend. 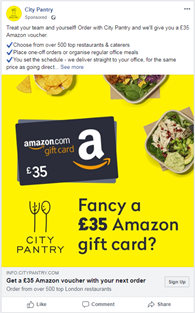 With over 8.4 million yearly users of food delivery platforms a year in the UK, the market is very saturated with the market giants such as UberEats and Deliveroo, making it difficult for new companies to break through and attract customers. By piggybacking off of one of the most successful brands Amazon, this causes people to stop scrolling and actually read the ad – this is a good way for new brands to gain recognition. 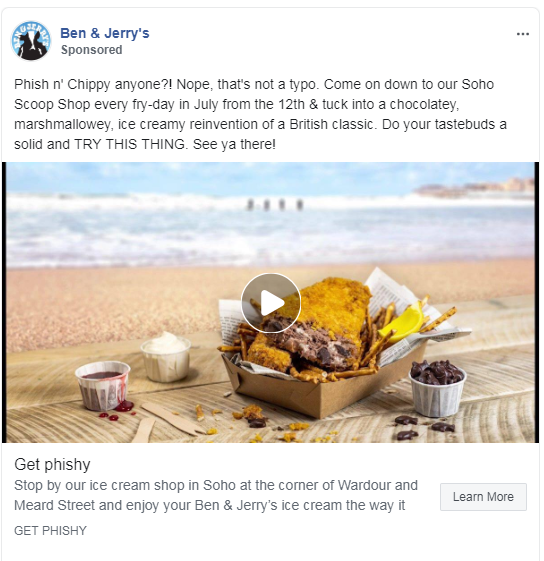 Using a video on Facebook ads generally, receive 10-30% more views and can populate up to 11 times larger in news feeds. Ben & Jerry’s have managed to make the ad short and sweet which is relevant to the point of the ad which makes it much more memorable than if it were just a static image. The drop off point for a facebook ad on average is around 2-3 seconds, so by making this ad it lowers the chance of people dropping off. 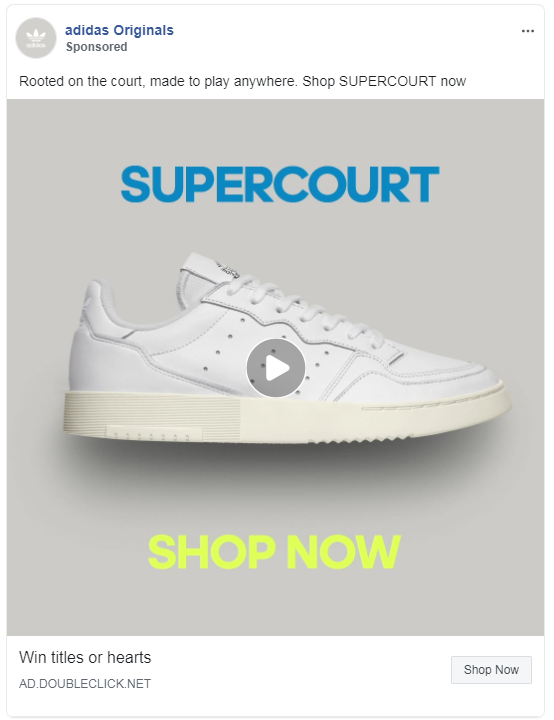 There’s a lot of ad content on Facebook, and when Facebook users scroll through their News Feeds, that content starts to blend together. Sometimes your best chance at sticking out on Facebook is by using subtle movements and details – like Adidas have done, above. Let every other video on Facebook be quick and flashy, and yours will be a breath of fresh air to your audience. 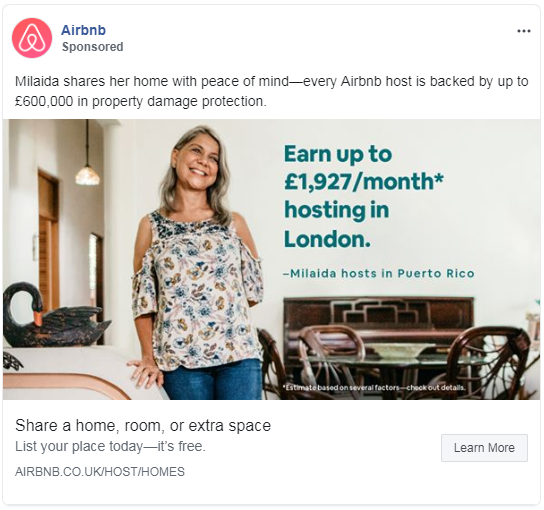 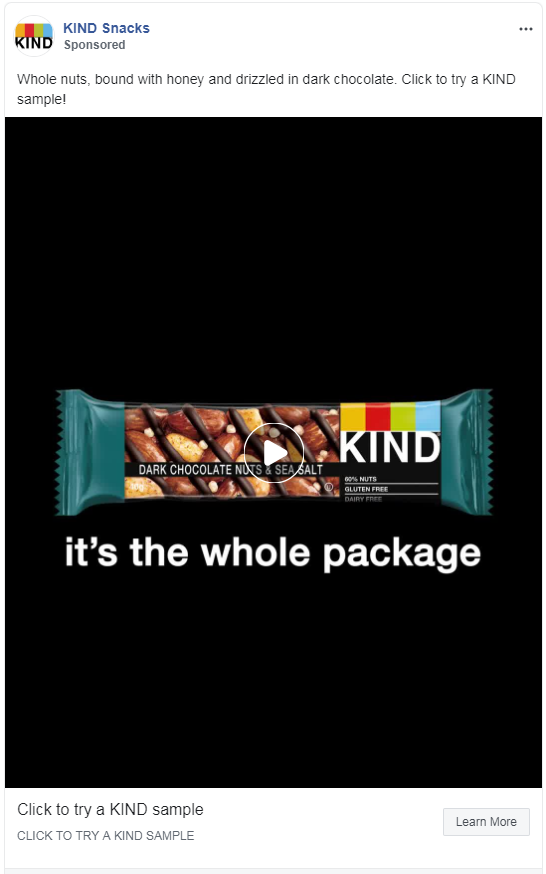 Facebook’s algorithm actively prioritises video content. By using a video, your advert is much more likely to find its way onto people’s feed. Not only that, but it’s more engaging as a format. Statistics show that more than half of daily Facebook users watch videos on the platform every single day. 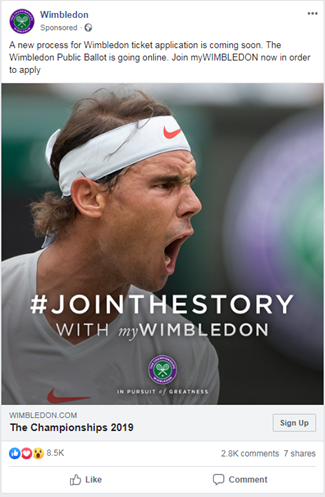 Not every advert needs to be focused on sales. In fact, studies show that we tend to tune out when we see too many. We’re so used to seeing adverts online that we automatically ignore them. Instead, look for other ways to obtain value from your advert.

The takeaways from all of these ads is that relevance, a strong call to action, being visually interesting and when necessary to be promotionally led when trying to produce a successful Facebook ad. Along with the mentioned qualities above, there are 3 final fundamental points to take away:

To understand more about KMG’s creative pack for Social Advertising, get in touch with your Account Manager.